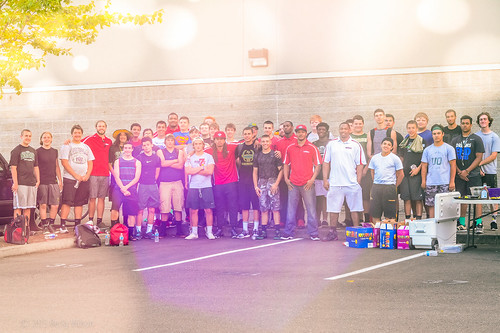 Tonight the Gridiron and football parents hosted a BBQ for the players after practice. On Sunday, many of the football players will head off to football camp at Southern Oregon University. We also enjoyed the company of several players from the Portland Thunder arena football team. They watched the boys practice, enjoyed the meal with the boys; and then the players spoke to our boys about setting goals, working hard on the field and in the classroom, being their for their teammates, and looking ahead to what they want to do with their lives when football comes to end. Players were given free tickets to tomorrow’s Thunder game.